What is the Pinnacle? 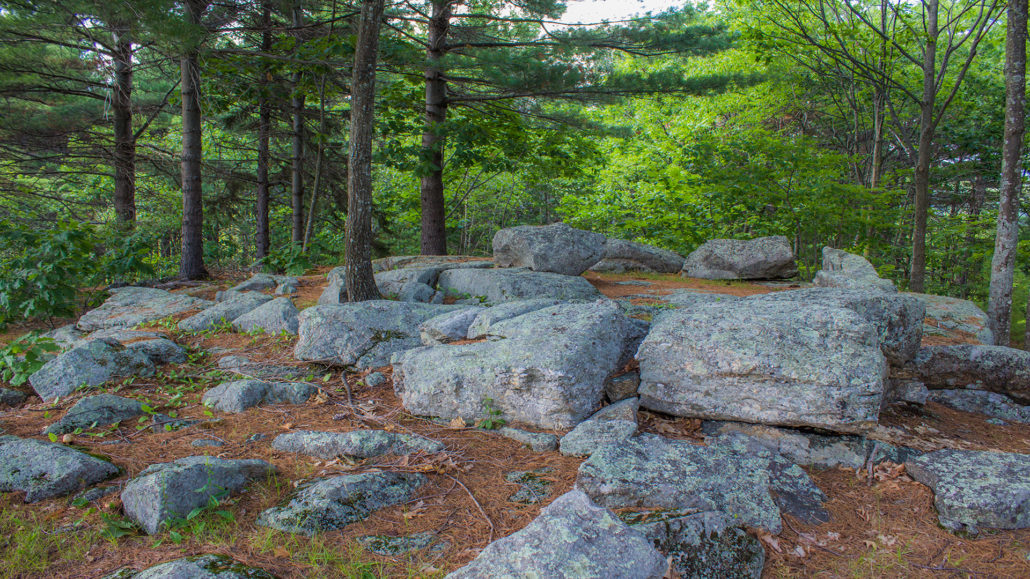 The Pinnacle Mountain is 89 acres of wooded hilltop nestled in the beautiful town of Sutton, NH.  The name “the Pinnacle” was given to this property long before we arrived and it can be seen as such on various maps, although it remains a mystery to us how it received this name. The Pinnacle is not the highest hill in the area, though from it’s summit one can see neighboring Kearsarge Mt. and Mt. Monadnock (near Keene, NH).  The Pinnacle, we now know, is significant for other reasons.

All throughout scripture God chose mountains- some small and some large- to move upon and make Himself known to His people. All creation has been designed by God with purpose. We believe the purpose of the Pinnacle is to be a sanctuary for God and a light house for the nation. It is not the only one, but a significant one. A light house guides people to a safe place. In this case, it is guiding people to the house of God. 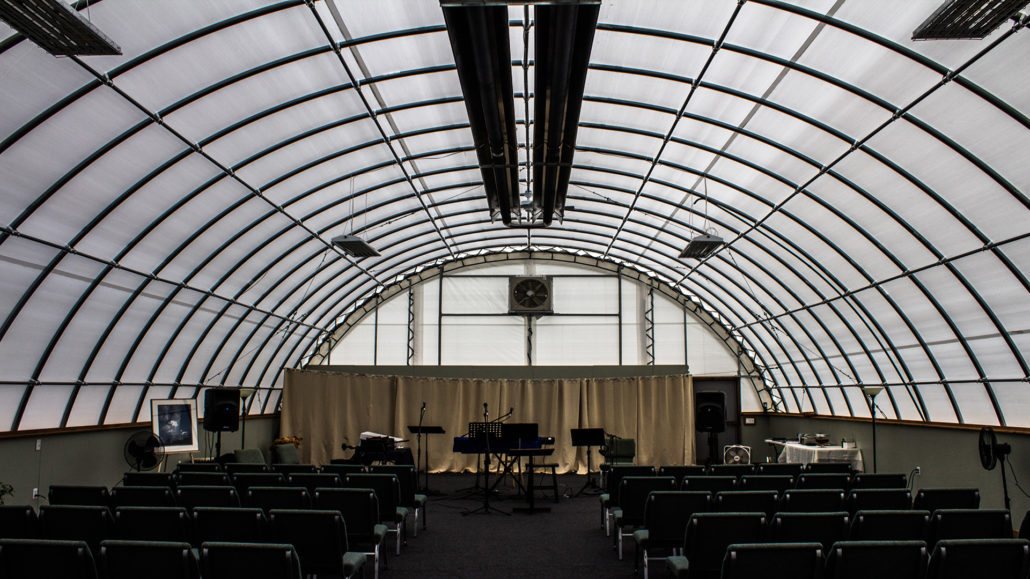 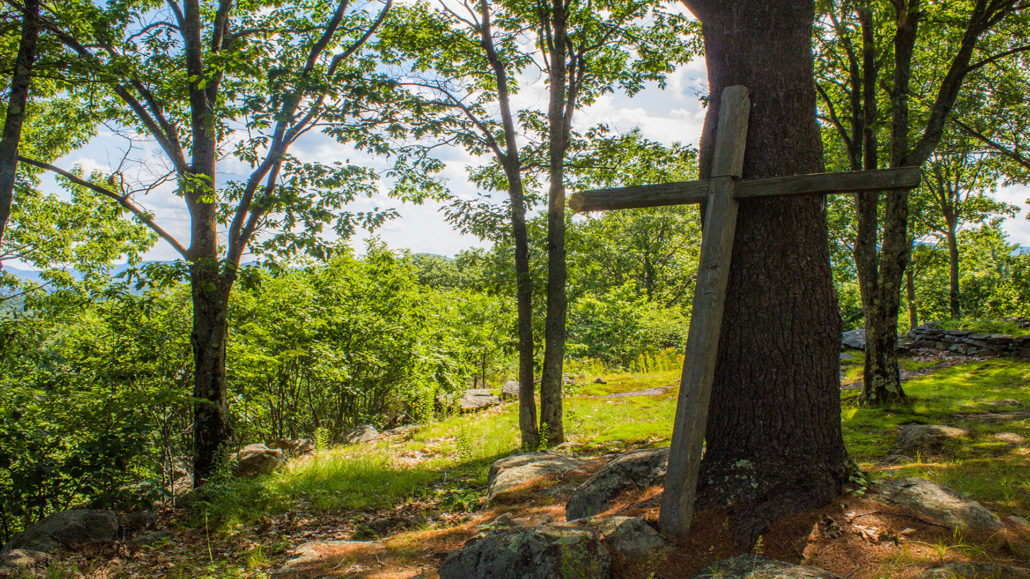 The Pinnacle is a thin place- a section of land where it seems that the heavens are closer than in other places. As we have prayed for many years for God to take ownership of this land, His presence has increased significantly over time, and we have taken back the land.

Now, we see God releasing the Pinnacle into it’s purpose. We’ve known it’s purpose for several years, but today, we are beginning to see that purpose come about! We now have prayer and worship services on the Mountain several nights a week and are also holding our Sunday morning services there. We have already been given new insights and perspectives on prayer and worship and we believe that as we give attention to the Pinnacle, more will come. 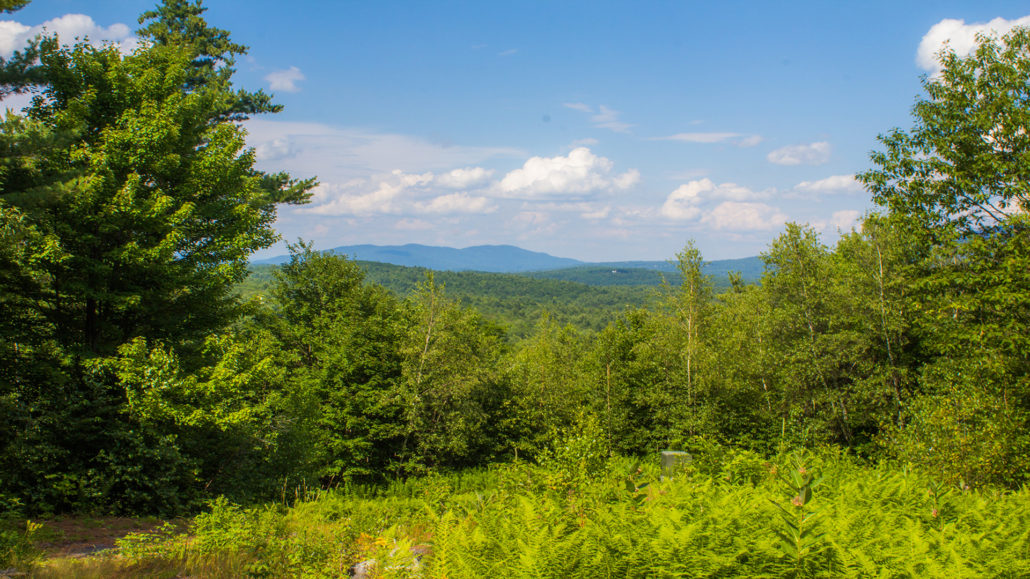 But those who wait on the lord shall renew their strength; They shall mount up with wings like eagles, they shall run and not be weary, they shall walk and not be faint.

John Paul, The Bridge and the Pinnacle

John Paul Jackson is Given the Pinnacle

John Paul Jackson is the founder of the Association of Bridge Churches and Streams Ministries International. On October 7, 2000 John Paul was given possession of a high hill in Sutton, New Hampshire called “the Pinnacle”. It was clear from the beginning that this was no ordinary piece of property.  Shortly after receiving the land, John Paul moved his entire ministry to New Hampshire. They came to discover that the Pinnacle mountaintop had been used for perhaps a couple of centuries as a place of ocultic worship. John Paul and Streams ministries took back the land for the purposes of God, developing and cultivating the land as well as the spiritual atmosphere. The Pinnacle was then dedicated to the LORD as a place of prayer and personal encounter with God.

John Paul Entrusts the Pinnacle to the Church

After eight snowy winters and eight wonderful summers in New Hampshire John Paul was called by the LORD to move back to Texas.  It was his plan to maintain ownership of the Pinnacle even living in Texas, but the LORD had other plans.  Scott Evelyn, pastor of the local church that John Paul had planted when he first came to NH, was told in a heavenly encounter that God would give him the Pinnacle.  At the time of the encounter, it seemed unlikely to happen in the natural, but eventually, John Paul heard from the LORD to do that very thing.  So, on June 29, 2008, John Paul signed the Pinnacle Mountain over to Scott and his church – known then as the New London Bridge. The NL Bridge, taking on this new charge with excitement and sobriety, shortly thereafter changed their name to The Bridge Pinnacle Mountain.

The Church Moves onto the Mountain

When the NL Bridge received the Pinnacle, it was still holding church services at the local high school, but before long a used party tent was put up on the mountain and the late summer and fall services were held under it’s bright yellow canopy. As winter approached, the people were faced with staying out in the cold or going back into the high school. Surely the people loved being out in the beautiful forested mountainside rather than a window-less auditorium, but something more was going on. The people were finding that their identity as a church was wrapped up in the destiny of this special property and it was becoming clear that being in the school just wasn’t enough anymore.

So, late that fall, two army tents were put up – side by side – making a 36 x 52 foot space for worship and fellowship. The tents were heated and kept the cold winter winds out, but required a great deal of maintenance and often re-framing in order to make them withstand the elements of a New Hampshire winter.

So, Why be on the Mountain instead of the School?

Such labor and often struggle have gone into the tents that one could ask – is it worth it? Why not go back to the school until there is money to build a building on the Pinnacle? But, ask a member of the Bridge Pinnacle Mountain and you’ll find that the very challenge of being on the Mountain is what has shaped the people to be ready for what God wants to do among them. God has gone to great lengths to transform them as individuals and as a body in order that they be prepared for what He wants to do among and through them. That is so very worth it.

At this point in the story, The Bridge Pinnacle Mountain has been meeting in those army tents on the Pinnacle for almost two years. Though much labor has gone into maintaining the tents, much more fruit has come about in the lives and character of the people.  God has a great purpose for the Pinnacle Mountain and He desires to have a people on it who will cooperate with His desires for the earth. This has made it a very transformational experience for the members of the Bridge. The discomforts of holding church services in a tent has facilitated the perspective we all should have – that worship is not about us, our comforts, or how we feel.  It is about giving God the glory, honor, and praise He is worthy of.  The people of the Bridge Pinnacle Mountain now know this with greater clarity than they ever have before and they agree that it is very good what God is doing among them!

While it is not our purpose to lift up a men, it is appropriate that we recognize the impact that Scott Evelyn and John Paul Jackson had on so many of us. Scott and John Paul were modern day mystics and pushed the edges of most of our abilities to understand how Heaven interacts with the earth and those upon it. Their lives inspired us to go deeper, to reach higher and to engage the supernatural realm in ways that we might possibly never have imagined without them. Most of their lives pointed us all to Jesus and cried out for each of us to pursue a more intimate relationship with Him. For these and so many other reasons, it would be inappropriate not to remember them and how they inspired us to love God more deeply.

On February 18, 2015, John Paul was called home to be with the Lord. We will forever be indebted to him for the gift of the Pinnacle and for his service to the Lord. His name is inscribed on our stone sign, honoring him as founder of the ministry on this mountain. John Paul Jackson is survived by his wife Diane, son Aaron Jackson and daughter-in- law Jennifer Jackson, son Micah Jackson, and three grandchildren, Kyler, Lauren and Brett. 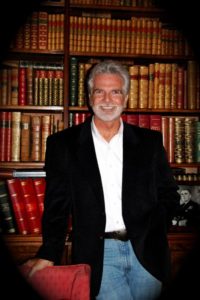 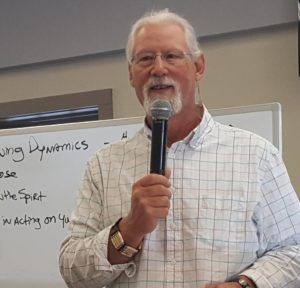 On September 24, 2016, Scott went home to be with the Lord. He will always be remembered for his vision, passion and intense desire to see heaven touch earth. God gave him the divine inspiration to seek Him with all his heart, all his soul, and all his mind. His endless devotion to the church and the Pinnacle mountain causes us to continue to press in until the full glory of God is manifest in the earth. We will miss him dearly. He is survived by his wife Barbara, and children, Michael and his wife Kelly, Jennifer and her husband Anthony, Jonathan, and granddaughter Jordan.